Article by Eddie Krassenstein from 3Dprint.com 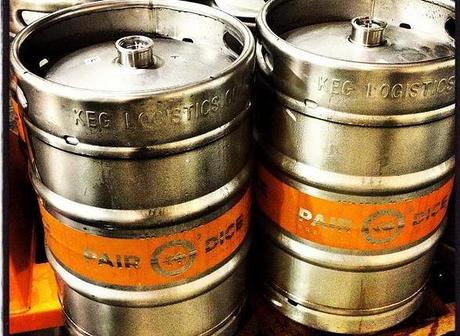 I don’t know about you, but when I’m sitting at home, designing files to print on my desktop 3D printer, I oftentimes enjoy a cold beer, usually a Guinness, Blue Moon, or Bud Light. It helps pass the time, while also easing the frustration that design work can sometimes lead to. When it comes to 3D printing these designs, I must admit that I also enjoy a beer or two while sitting around the printer with some friends. No, I’m not an alcoholic like this lead-in may lead you to believe. It’s just kind of becoming a pastime for me to mix the cold delightful taste of a beer with the futuristic-turned-present-day technology of 3D printing. Some people like football and beer; my buddies and I prefer 3D printing to go along with our chilled brewski.

For one bar in Clearwater, Florida, just about a two hour drive from the 3DPrint.com offices, 3D printing provided a solution to creating a custom beer tap for their own uniquely brewed beer. Pair O’ Dice is the name of the bar, and they wanted to come up with a really creative tap for their one-of-a-kind Fowler’s Bluff beer. So the bar requested the help of Tangible Labs, a St. Petersburg, Florida-based 3D printing company, for the project.

“The tap was printed in 3 separate pieces,” Mo Eppley of Tangible Labs tells 3DPrint.com. “The base and actual tap are pretty much a solid piece of black PLA. The top design part has a red ABS base and then the brown on top with the name cut out of the top layer. Then we left a spot for a separate two-color ABS piece with the Pair O’ Dice logo.”

As you can see, the tap came out as well as anyone would expect, and I’m willing to bet that the majority of beer drinking patrons would have a difficult time realizing that the tap was actually created on a 3D printer — unless they are like my friends and me.

Perhaps this one example doesn’t prove that beer and 3D printing go hand in hand, but then again, doesn’t beer go hand in hand with just about everything (except for pregnancy, operating a motor vehicle, and running dangerous machinery)?

For Tangible Labs, this just so happens to be one of two beer-related 3D printing projects that they have been behind. The other was part of a fundraiser for a local makerspace. 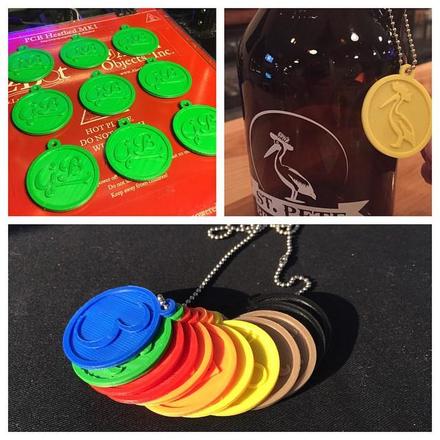 “We collaborated with our local Makerspace that is just getting up and running – St. Pete Makers – to make 3D printed beer tags of 12 local breweries,” Eppley tells us. “We got permission to use their logos and St. Pete Makers is selling the beer tags as a fundraiser. Our company donated the design and printing of the first batch of beer tags.”

So, what do you think about these unique projects undertaken by Tangible Labs, and most importantly, what’s your opinion as far as how well beer and 3D printing go together?  Discuss in the 3D Printed Beer Tap forum thread on 3DPB.com. WARNING: We are not responsible for anyone who is injured while trying to mix beer with 3D printing.